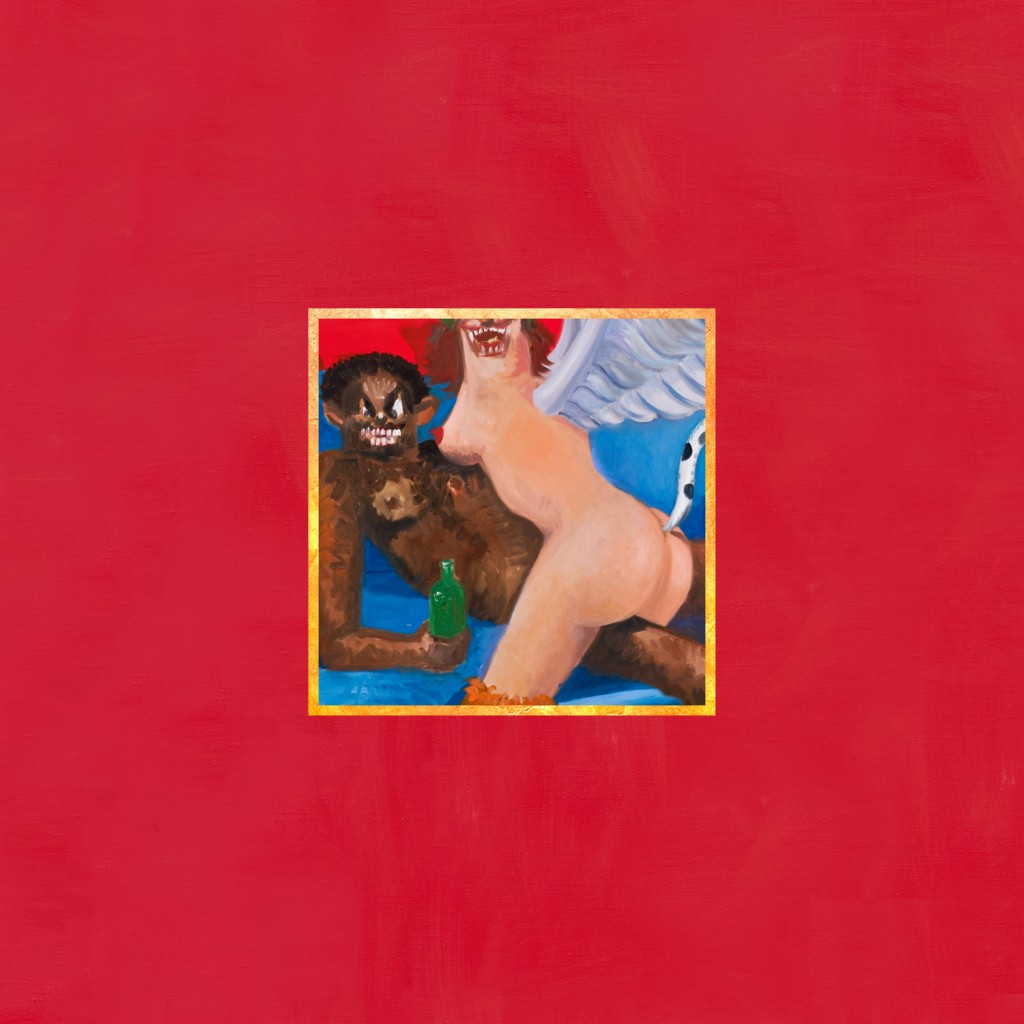 You’re Kanye West on the night of 2009 MTV Video Music awards. You consider yourself to be the world’s most successful hip-hop rapper/producer, but last year was BAD: You split with your long term girlfriend and your Mother died while having plastic surgery (that you paid for). So you’re drinking heavily and Taylor Swift wins the award for best female video for “You Belong to Me”. A travesty in your eyes, as Beyonce’s video “Single Ladies” is a hell of a lot better. So being Kanye West you storm on stage and proclaim, Beyonce had “one of the best videos of all time”. You are promptly removed from the event. The next day you wake up to find nearly all of America hates your guts, including Barack Obama who has called you a “jackass”.

This was Kanye’s lowest point. How did he come back from this?

The album is full of Kanye’s trademark sampling, mixed with great beats and smart lyrics.

He rented out a studio in Honolulu, Hawaii and called up all the music legends he knew to create “a collage of sounds” known as My Beautiful Dark Twisted Fantasy; featuring Jay-Z, Rihanna, John Legend, Kid Cudi, Nicki Minaj, Pusha T, Raekwon, Rick Ross and even Bon Iver. This lavish gorge on talent and expenses, (reportedly West spent over $3 million in expenses), is only possible from the someone as indulgent as Kanye West with his limitless wealth and contacts. The album is full of Kanye’s trademark sampling, mixed with great beats and smart lyrics. The hit single POWER showcases the wide musical depth he processes, as he samples “Afromerica” by Continent Number 6, “21st Century Schizoid man” by “King Crimson” and “It’s Your Thing” by “Cold Grits” to lay the foundations to build from. Kanye even goes as far as sampling Heavy Metal, using Black Sabbath’s “Iron Man” in “Hell of a Life”.

Lyrically it is Kanye’s rawest album yet, revealing the most about his true self; his desire for escapism, his narcissism, his dark fantasies and his high’s and his lows.

So it feels wrong to class this as just a hip hop album as as it crosses, blends and meshes so many genres. From Pop with “All of the Lights” featuring Rihanna, to Rap with ”Monster” featuring Jay-Z, to Power Ballard with “Devil in a New Dress” and even indie with Bon iver featuring on “Lost in the World”. Lyrically it is Kanye’s rawest album yet, revealing the most about his true self; his desire for escapism, his narcissism, his dark fantasies and his high’s and his lows. The lyrics however are a hard listen, overtly sexist and racist in parts, and this does detract a little from the experience. But the depth in the album is just sublime. You pick up different sounds each listen and little lyrics that make you chuckle even after repeat listenings. Don’t listen to this album once, listen to it over and over. Let the lyrics and sounds weave through your head and feel the emotion Kanye has poured into this. And I think this is why I love this album, I just seem to connect with it.

My Beautiful Dark Twisted Fantasy, combines the fresh lyrics of “College Dropout”, the production of “Late Registration”, the smash hit of “Graduation” and the emotion of “808s & Heartbreak”. The finished product is the album Kanye West has been building towards for his whole life, and it is the best material he has created. Who cares if its the musical equivalent of a Hollywood Blockbuster? It is a great success. I doubt if Kanye even cares America hated him, because, after it all- they still went and bought into his… Beautiful Dark Twisted Fantasy.