HAHA lol!! Well done! u did it m8! U acshally did it! You made a Harlem Shake youtube video. You could be the next internet sensation ur going 2 go viral. HAHA 😀 15 minutes of fame? MORE LIKE 30 SECONDS! lol 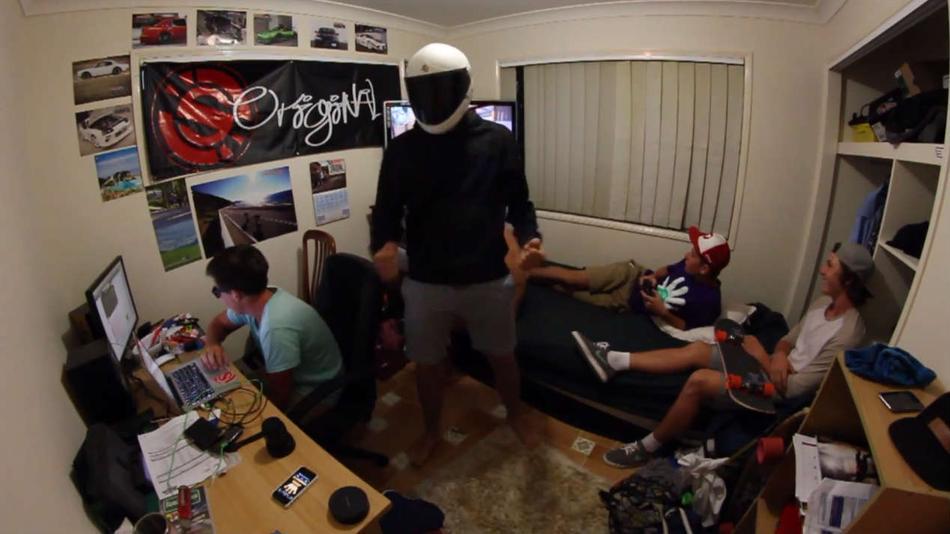 There’s nothing cool about Harlem Shake videos. There’s no originality. One of the dangers of youtube videos is that anyone can put pretty much whatever they want up. With such low barriers to entry there’s a danger of the content of the site becoming lowest common denominator nonsense (this coming from a man who would put the legendary “LOL Gerrard” as one of his favourite youtube videos). The public gets what the public wants. I don’t have a problem with that and I think it’s a good thing, youtube can only reflect what people put on it and there’s more than enough good content out there. What I do have a problem with is the crushing lack of originality in the videos. I’d guess that I’ve seen about 25 Harlem Shake videos now, all following the same formula and the majority of them involving people trying to be kooky. Wow! What a character you must be! You’re mimicking a video you’ve seen in a desperate attempt for likes and views. One of the strangest elements of the Harlem Shake video craze is the lack of diversity in the videos even when you consider that such different cultures are making them. A group of Korean students perform the Harlem Shake exactly the same way you would expect a group of Austrian firemen too (Wacky? I know).

I find globalisation pretty cool because I like the little differences people get when they extract elements from other cultures. A pretty good example of this is in McDonalds’ menus. It’s still fast food and it’s still the golden arches and people would point to it being an Americanisation of the country it had invaded but they still change the menus to suit their target audience (http://www.sporcle.com/games/googlebird/im_lovin_it). I haven’t seen this at all in a Harlem Shake video. Everyone just wants to be like everybody else. It perfectly encapsulates what a meme is. Sure, people can dress up differently or do their Harlem Shake somewhere unexpected but that doesn’t make it funny or add originality. 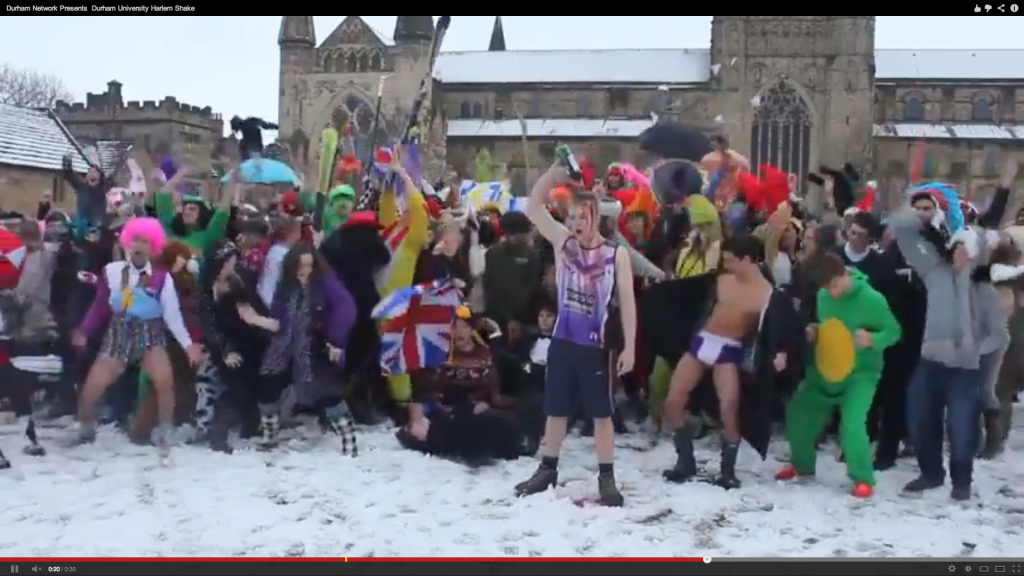 Could it be that people feel like their part of a community when they do Harlem Shake videos? A number of the videos I’ve seen have been in public places and seem to involve large groups such as a group of students dancing on behalf of their university (BLOODY STUDENTS ROBBING US OF OUR TAXES – WHY DON’T THEY GET JOBS?). It certainly seems plausible that people like to feel like they’re part of something by making the videos and there is a fear of missing out which leads to people getting involved. If a group that I was involved in were making a Harlem Shake I could only think that losers and those with an IQ below 75 would want to go. This only explains half of the story though because people aren’t just making the videos, they’re also watching them too.

What sort of sickness would someone have to have to enjoy watching these videos? They’re for people who have no sense of humour. I can only assume that whilst watching the videos people are trying to enjoy leisure time, why would they want to watch a 30 second clip of someone dancing like every other clown? What part of these videos is funny or entertaining? Is there really that much that differentiates the Harlem Shakes with millions of views to one that I might make in my bedroom with my friends? I suppose that ultimately brings me back to the whole originality thing. People are happy to eat da poo poo that’s being uploaded, irrespective of its originality and complete lack of humour.

I can appreciate that writing hundreds of words criticising something which is ultimately harmless entertainment can seem even more appalling than the videos, but Harlem Shake tells us about what people want from the internet. They want to jump on crazes, they want to be part of the phenomenon, they want to be in groups, they want likes and they want them now. They’re happy to consume trash if all that needs to be done is invest 30 seconds of your time on youtube. If by some hilarious, post-ironic twist Harlem Shake videos were made much longer, even 5 minutes long, the likelihood is nobody would watch them because they couldn’t progress. Because youtube is so popular now, with so many people on it and people can see the videos on facebook, twitter, whatever, they provide a pretty honest, and brutal, assessment of people’s sense of humour. Well, I’ve seen what people like and it’s pretty shocking how dislocated I feel from what average Joes are enjoying. I think that’s ultimately why Harlem Shake makes me feel so uncomfortable. Everyone else is enjoying it and I just don’t find it funny or entertaining at all. It makes me feel like a real outsider.

Do you like Harlem Shake videos? Did you make one yet? Are you worried that if you haven’t made one already you might struggle for likes/views/bloggable relevance? Does watching Harlem Shake videos fill you with a crushing sense of sadness that most other people seem to like watching them? Should this piece be entitled Hipster Ripoff?

This entry was posted in Thinkpiece. Bookmark the permalink.