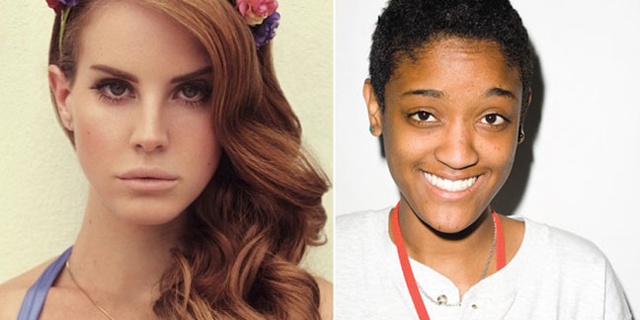 The buzz artist of the year Lana Del ray, has seen a huge rise in her popularity since her viral video “Video Games” which was blogged months ago by kindjacket.  Her buzz has been labelled as some what controversial as she has had a huge label behind her, branding her and making her the indie queen she has become.  But then again WU LYF had the same thing, maybe these bands need the buzz to get noticed above the mainstream dross of these days, or stagnent ‘indie’ bands like Radiohead.

Regardless OFWGKTA have been propelled by great talent and then some great marketing.  One of OFs unnoticed talents has been beat maker Syd and she is concocting an album called, “The internet” and if it sounds like as good as this LDR remix we are in for a treat.  Stream below.

This entry was posted in Good Tunes and tagged ofwgkta, remix. Bookmark the permalink.