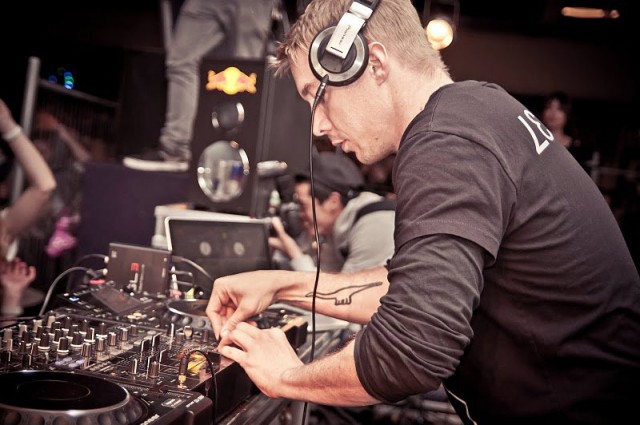 We start the night off at a formal (a sit down meal with a bottle of wine). The usual drinking and playing with food ensues.

We finish the meal and all head to bar, for an absinthe lemonade.  We find out plenty of people are keen to see Diplo but they didn’t have the balls, except for Skin, a surfer from South Africa.

The train for Newcastle leaves 11.20ish so the three of us; me, my Roommate and Skin leave for the station.  On the way I decide it would be a good idea for us to stop off at the Shakespeare, a local pub which does the best absinthe in Durham, at 55%.  Drinking absinthe is a different kind of drunk, you lose your inhibitions, yet you stay receptive and intelligent.  It is almost like you become the best you, doing all you want to do without thinking about doing it, you just do it.  Absinthe was only legalised a few years ago in the UK, but it is still hard to get hold of the good shit.

On arriving in Newcastle we came to the conclusion we needed to drink more, so we headed to Shrooms, a bar that sells Agwa, a drink from Bolivia that is described as ‘liquid cocaine’ and is rumoured to act as a stimulant. What more could you want before a gig?  Mix absinthe and agwa together and really wierd things start to happen; the first time I tried this devil mix I was found passed out in a restaurant’s bins, the first time my roommate did this it was his birthday and he got banned from every club in Newcastle, except the strip club. We drink our Agwa bombs and leave.

As we enter the Life center there is a small Indian guy offering cheap fags, I think he’s offering food so I tell Skin I know him and they disappear off.  He comes back later with a pack of fags and a pill.  They told him it was MDMA, a legal high fad that died down after it became illegal surprisingly.  He pops it as we stand in the line for the cash machine, telling me that if its shit he will call the cops and have them busted. Yeah, like that will work.

Some girl’s gay best friend in the cash point queue laughs at my beater.  So I take it on myself to get his pin and announce it to the 20 or so people around, he says I said it wrong, I ignore him and we head to Digital.

As soon as we get in me and the roommate head to the bar for some Lemoncello shots, he only likes them because he likes an Italian bird but he’ll never admit this. They’re pretty cheap so we knock back a few and head to the smoking area.  As Skin smokes (he is fucking off his tits now and barely talking) we chat to people around, hardly any of them even know who Diplo is.  Even when I explain to them that he is half of Major Lazer they look at me blankly.

To be fair, Diplo is a hard artist to explain, his solo work isnt great, it is as a producer where he excels, he is responsible for getting MIA to where she is, producing tracks like ‘Paper Planes‘.  And Major Lazer the character created by Diplo and Switch is responible for the re-ignition of Dancehall.  The mad album ‘Guns Don’t Kill People… Lazers Do‘ is well worth a blast.  So even though a lot of people will have heard and loved music touched by Diplo not many people actually know who he is.  The people who however do, understand that Diplo excels in making mixtapes that cover so many genres.  In interviews Diplo tells of his love for all genres of whether it be surf rock, reggae or dubstep.  And it is this fundamental love for all music and his ability to mix them together that makes Diplo so special.

Me and the roommate head back inside, but Skin is gone.  My roommate informs me he said he managed to slur out something like “I wanna go home, I wanna go home” then he just left and disappered into the dark of Newcastle.  So we dance and drink more lemon cello while Sinden, half of the Count and Sinden who released ‘After Dark‘ with the Mystery Jets last year sets the tone with a great set; the music was dark, the beats were great and the alcohol was really kicking in.

Diplo finally arrives, and drops some well known songs with a similar twist with a lot of stuff from his ‘blow your head‘ album a dubstep mix with the likes of Little Jon and Santigold.  I spot a hot ginger and head over, she seems to have gathered quite a crowd.  The big question at this point is how do you really dance with a girl to dubstep, do you just sway into her until she’s riled or maybe just fucking deck her and set the mosh off, some chicks dig that shit.  I sway and hope for the best.

Clearly this will never work so me and the roommate after another set of shots head to the front and dance as hard as we can.  Time to see if I can get some ‘WOLF GANG’ chants going and maybe get Diplo to drop some OFWGKTA, no-one responds.  A lot of the people at the gig were Newcastle chavs out on a friday night, rather than people actually keen to see Diplo in action.

All in all Diplo’s performance was good fun and he did some great dubstep mixes but its all been done before, it was a safe performance.  It lacked a risque, cutting edge feel, dubstep is all too common these days, his mix of James Blake’s ‘Limit to Your Love‘ was a highlight but that was as far it got.  It needed either that mad what the fuck is this modern dancehall of Major Lazer or the wow when you hear that deep dark post-dubstep vibration.

I head to toilets to get a poster for my travels.  We then go grab some food at the nearest kebeb shop and head for the train station to catch the 4.40 train home. We generally make a lot of noise, chat some shit on Facebook then hit the sack at 5.30ish, sleeping through atleast one false fire alarm.

I wake up to find my Vans destroyed, a pocket full of posters, flyers and train tickets and text from Skin saying, “That pill I had was fucking nasty, not mandy way too hallucinogenic had one hell of a bad trip and decided to take myself home”.